Omnitracs data scientists have created a live map of the U.S. that shows the most dangerous locations for commercial vehicles based on aggregated customer and third-party data. 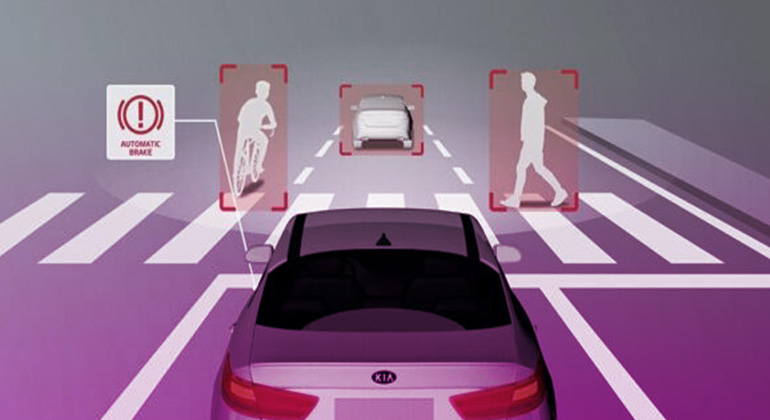 Trucking can be a dangerous endeavor for even the best professional drivers. From dealing with distracted drivers to crumbling infrastructure and congested roads, truck drivers have a lot to contend with as they work to deliver and pick up freight across the U.S. Knowing some of the more dangerous roadways and intersections before they get there can help keep fleets safer, according to Pierre Sarnow, the lead data scientist at Omnitracs.

To help create more awareness on the roads, Sarnow constructed a database of dangerous locations across the U.S. and Canada using a predictive model and third-party data that shows the most hazardous driving areas. Areas where commercial vehicles have a recent history of excessive speed, accidents, rollovers, hard braking, and low clearances, are noted on a map Sarnow created that feeds into Omnitracs’ fleet navigation tools.
“We have a lot of customers, and we provide a lot of customer services for customers’ specific data—but we had not done a whole lot of looking across customers and aggregating that data,” Sarnow told FleetOwner about the genesis of the new database. “We thought this might be a good way to look across (all our) customers.”

The data gathered by Sarnow (and detailed in a recent blog post) and his team are layered into Omnitracs’ navigation app, which he called “Google Maps for truckers.” The collected safety-related data were aggregated so that drivers using the app could see potential hazards on their routes in real-time. “Our third party map vendor and our GIS (graphic information system) team refresh this quarterly because things change. Roadways are improved, driver behavior changes, the landscape and environment of roadways change. So this is always changing and being updated.”
The initial data shows that the most hazardous locations are in the Mid-Atlantic, Northeast, Florida, and Texas. Omnitracs also created a heatmap that calculates all the hazardous places per 1,000 miles of state roads to see which states have the highest density of unsafe locations.

That heatmap shows that Maryland has about 40 hazardous locations per 1,000 state road miles. Baltimore alone has 876 hazardous areas, most of which are accident zones. Florida follows closely behind. Virginia and Pennsylvania are also among the most hazard-dense states for drivers along the East Coast. Out West, Nevada has the most hazardous locations per 1,000 miles.
Sarnow believes this database of hazardous locations would be a big help to drivers working in unfamiliar areas—more so than the yellow warning signs about slowing down, dangerous curves, etc. “We tend to neglect a lot of those warning signs because we see them all the time,” Sarnow explained. “For example, if you’re driving down a freeway and you’re getting ready to exit, you’ll see the yellow sign, and you might anticipate that it is a normal exit. I’m going to slow down, and the curve won’t be that sharp, and I’ll get to a stoplight and a typical roadway.”
But what if it isn’t the typical exit ramp? “What if we can’t see that the curve we’re approaching is a blind curve?” he said. “If we haven’t been here before, it’s an unexpected turn—and then maybe it’s too late, and now you’re facing a potential rollover. What this alerting does is it’s an additional warning sign that drivers need to be aware of something ahead.”
No matter where they travel across North America, professional drivers are going to encounter hazards. “This provides fleets the ability to put their drivers on high alert as they navigate through these locations,” Sarnow said. “They can do that just by zooming in on this map. It’s really difficult to put your drivers on high alert 100% of the time—but it’s very beneficial if you can ask them to be high alert when it’s a risky place that they’re driving through.”