Soaring U.S. energy prices are hitting all modes of transport, squeezing smaller shipping lines amid already-volatile ocean rates, as well as truckers who have to contend with delays in clawing back higher costs. 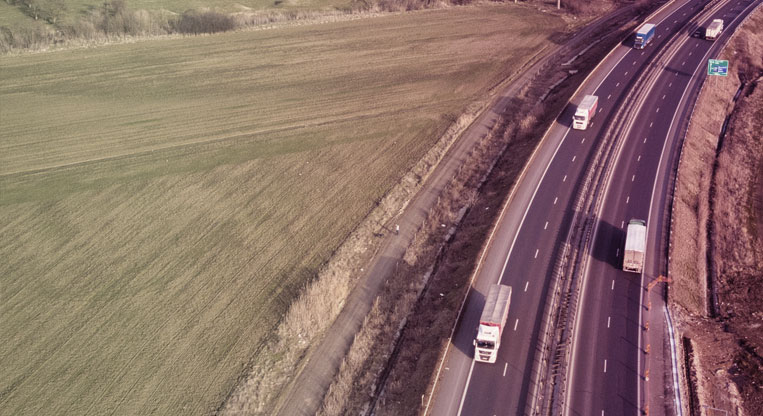 Higher fuel prices are feeding inflation, which is running at the fastest pace in four decades. Price growth accelerated to 7.9% last month, the most since 1982.

If the U.S. ban on Russian oil sends global energy prices higher, it would create “upward pressure on spot rates as well — especially since the small, new carriers also have small vessels with high fuel consumption per TEU,” he said, referring to twenty-foot equivalent units used to measure cargo in the industry.

For trucking fleets — which move 70% of the U.S.’s freight tonnage — the sudden jump in prices is set to hurt smaller operators who have to cover the extra fuel cost on the spot and wait for surcharges to be reimbursed, American Trucking Association Chief Economist Bob Costello said.

Longer term, Costello said he’s just as concerned about the indirect impact of higher gasoline as consumers spend more to commute to work and may cut spending on goods. He’ll also be looking for indirect signals — in statistics such as housing starts and manufacturing — that the higher fuel prices and inflation are causing consumer spending to slow, ultimately slowing the need for goods to be moved by truck.

While steep price increases can hit margins across the transportation industry, it’s usually a zero-sum gain when prices fall quickly, according to Lee Klaskow, a logistics analyst at Bloomberg Intelligence.

“Most transportation modes are relatively insulated from rising fuel prices” due to the fuel surcharge, he said. “The true knock-on effect in my view will be what higher prices at the pump will do to consumer demand and demand for freight services.”


It’s too soon to say how much of the fuel-cost increase will be passed on to consumers, and when, but it is something individual retailers are weighing.

“Increased costs will likely be shared among companies along the supply chain, but details will depend on contracts and relationships between companies,” National Retail Federation Vice President for Supply Chain and Customs Policy Jonathan Gold said. “Whether retailers will be forced to pass costs along to customers will be based on individual retailer’s decisions.”