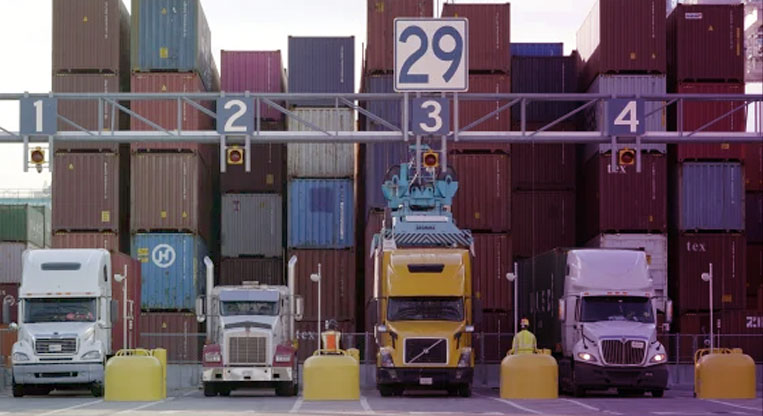 Walmart’s plan to recruit truckers to its private fleet by offering drivers double the median pay for shorter hauls is just the latest example of how the rise of e-commerce has changed the trucking industry, experts said.

First-year Walmart drivers can now earn up to $110,000, more than double the industry’s $47,130 median pay for long-haul drivers, demonstrating how far the company is willing to go to recruit truckers in a tight labor market.

Similar competition — driven by the growth of e-commerce and demand for rapid home deliveries — has in recent years pushed the trucking industry to remake itself, putting more long- and short-haul trucks on the road and reducing delivery times, trucking experts said.

It has also given truckers more options, including the opportunity to join fleets offering higher wages and shorter routes and the ability to spend more time with their families, said Bob Costello, the chief economist at the American Trucking Associations.

However, the exodus of truckers from traditional fleets may worsen the national trucking shortage and take away some of the best and most experienced drivers in the industry, federal transportation officials and trucking experts said.

Freight employers, which include trucking companies, are experiencing challenges recruiting and retaining qualified applicants because of "challenging working conditions," the Transportation Department wrote when it released its supply chain assessment report in February.

“As e-commerce creates additional demand for warehousing jobs and short-haul freight, long-haul trucking positions may become harder to fill,” according to the report, which added that long hours away from home and high turnover rates may lead truckers to seek employment elsewhere.

Driving shorter routes for e-commerce companies is an attractive opportunity for more qualified drivers and truck loaders, who get shorter work trips and are able to work closer to home, the American Transportation Research Institute wrote in its report.

Experts say competition to recruit and retain skilled drivers has allowed truckers to earn more in recent years, even more so during the pandemic, when supply chain issues have made it more difficult to deliver goods everywhere.

“We’re in an environment where pay has been going up and continues going up” in a tight driver market in which demand is outstripping supplies, Costello said.

Ellen Voie, the president of the Women In Trucking Association, said drivers in general should earn more and enjoy better benefits and job flexibility for their hard work.

“That’s a good thing, because drivers need to get paid more for what they do,” Voie said, adding that drivers sometimes even receive stock options after they switch to the private fleets.

But the hiring standards at Walmart and other e-commerce companies are competitive, experts said.

In general, the average drive for long haulers crisscrossing several states to deliver goods has dwindled from 800 to 500 miles over the last two decades, he said.

“So there are more loads but at fewer miles,” Costello said.

Before the e-commerce boom, big-box retailers had three to five distribution centers across the country where truckers would deliver those loads, but now they have dozens of warehouses.

Trucks that were being driven 130,000 miles a year are now doing closer to 100,000 miles as the industry has evolved over the past two decades, Costello said.