Insurance companies are looking for truck fleets to manage their telematics data more proactively through the development of individual driver scorecard programs. 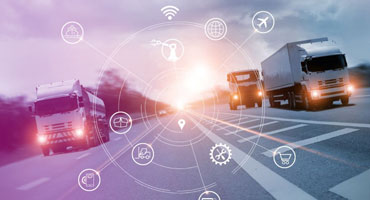 “Insurance companies expect that [trucking fleets] don’t just have the [telematics] technology, but they’re doing something with the data,” Joe Palmer, senior vice president of transportation at Gallagher said Wednesday at Gallagher Talks. “I’ve even had conversations with insurance companies who are talking about potentially wanting direct access to those [telematics] systems.

“Insurability is one thing. Getting the best [policy] terms and conditions and having the right [insurance] program—that’s one thing. But it’s really about dependability [of fleet safety] for the insurance companies. It’s a huge focus right now, with the types of large losses we’re seeing in transportation occurring in Canada and [particularly] in the U.S.”

One obstacle in developing driver scorecards is that fleets harness data from multiple sources, said Ward Warkentin, CEO of Fleetmetrica, a data analytics company for the transportation industry. The issue is how to integrate all the data for use in a single, comprehensive driver scorecard program.

In some instances, trucking fleets may have to choose between data sources. For example, Warkentin recalled a recent customer visit he had with a trucking fleet client. “They had speeding data coming from three different sources, so they had to decide which sources they were going to use to provide feedback to the drivers,” he said.

“They had the speeding events coming from the telematics supplier themselves. They had speeding events coming from an enhanced service that monitors over posted speed limits, SpeedGauge, and then they had another device for the video cameras [that was] generating speeding [data]. It’s not just pulling all that [data] together. It’s actually having to make some choices about which metrics, which data you can roll with as part of your scorecard program.”

A second obstacle is a lack of personnel or resources, Palmer said. “One of the biggest challenges I see fleets having is finding the resources and having the systems to be able to manage these large amounts of data and be proactive with how they’re managing driver performance and driver behaviour.”

Automation is key to a successful driver scorecard system, as he and Warkentin observed.
The frequency of sharing data with drivers is a key ingredient in the success of a driver scorecard program, Warkentin said. He recommended sharing driver performance feedback as often as possible to enhance fleet safety.

“I often see scorecards set up so that drivers might only get the scorecards quarterly or monthly, when there’s an opportunity to get that feedback more frequently — weekly, daily,” says Warkentin.

“[Increased frequency] is helping the organization be more proactive. You’re not waiting for a driver’s performance to get to a point where it’s so bad that it results in an accident. You’re reacting sooner, so that you’re actually preventing that accident.”

You might even be improving driver retention, if you share the scorecards with the good drivers, said Warkentin.

“There’s a situation where fleets tend to want to just deal with drivers that are having issues,” he said. But “sharing information with drivers who are doing a good job and having that be part of your scorecard program is really key….